The portal is presented in Uruguay to business representatives 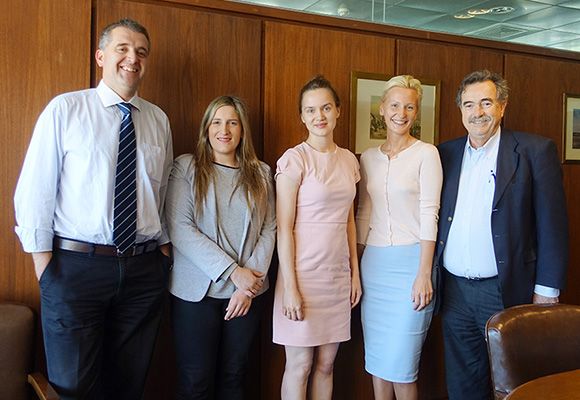 Within the framework of the international business trip of the heads of the Mutual Trade Portal, good relations were established with the representatives of the business of Uruguay. Uruguay's companies were very interested in exporting and importing products, as well as in attracting investments in specific business projects.

During the visit of representatives of the Portal to Montevideo, bilateral meetings were held with business and with business associations. During the negotiations it was found out that the companies are considering for themselves the possibility of increasing exports to the countries of Southeast Asia and the BRICS. Representatives of companies expressed interest in the procurement of new products for large supermarkets in Uruguay.

During the visit, meetings were held with the Chamber of Uruguay-Russia, as well as with the Industrial Association of Uruguay. The agreements reached relate to joint cooperation in the information sphere, as well as the establishment of bridges for real transactions.

In the course of visits, the sides discussed the possibility of coordinated work with organizations engaged in the production of bakery products, manufacturers of fittings, as well as companies manufacturing equipment and a manufacturer of food additives.