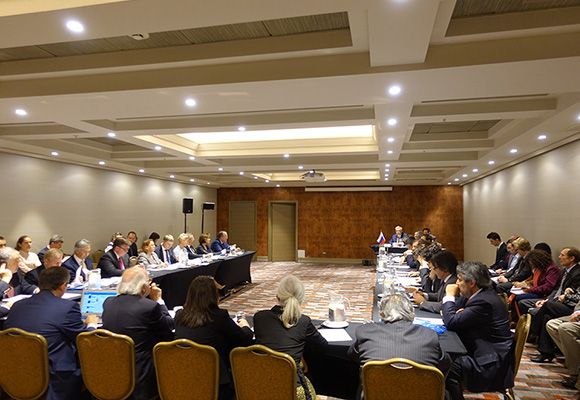 The portal was presented at the 8th meeting of the Intergovernmental Russian-Chilean Commission for Trade and Economic Cooperation, which was held in Santiago on October 30. The meeting was chaired by the Director of the Central Department for International Economic Relations of the Chilean Foreign Ministry Andres Rebolledo and the Head of the Rosselkhoznadzor Sergei Dankvert. During the event, issues of cooperation in such areas as trade, investment, energy, industry and agriculture, as well as fisheries, information technology, education and science were discussed. In her speech, the founder, Chairman of the Board of Directors Anna Nesterova noted the importance of economic relations with the Chilean side. At the same time, she said, the trade turnover between Russia and Chile is falling, despite the introduction of sanctions and the possibility of Russia replacing European imports with Chilean. Chile has a very strong agricultural sector, which can and should create competition for food products from Europe, she stressed. The portal of mutual trade of the countries of Latin America, South-East Asia and BRICS will allow not only to increase the mutual trade turnover between Russia and Chile, but also to solve other problems facing the economies of the countries. Among the main advantages of the Portal were the following:

Following the meeting, the Chilean side expressed its full support for the project, as well as its readiness for further cooperation.