Ministry of Economy presented the Portal in Malaysia 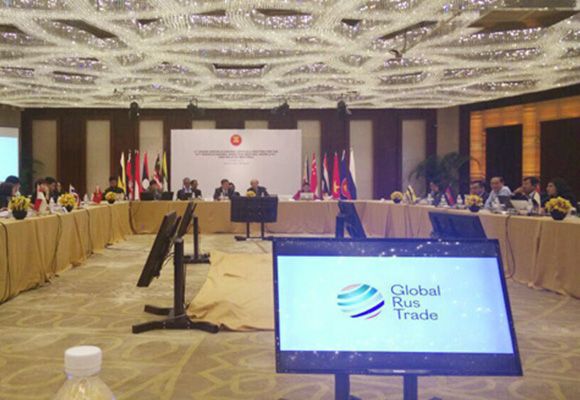 Natalia Strigunova, Deputy Director of the Department of Asia, Africa and Latin America of the Ministry of Economic Development of Russia, presented the Portal of Mutual Trade of the countries of Latin America, Southeast Asia and the BRICS www.globalrustrade.com . The portal aroused keen interest from Russia's ASEAN partners. Mutual Trade Portal of Latin America, Southeast Asia and BRICS GlobalRusTrade.com is the first b2b platform, which provides expanded opportunities for communication of companies focused on export-import transactions and investment activity. The removal of intercountry barriers due to the understanding of the legislation of each country, the requirements for the quality of goods, packaging and labeling is one of the main factors that will allow for greater interaction between countries. The site aims to increase mutual trade by 2 times in 5 years, which is possible due to elimination of language barriers and maintenance of high activity of companies on the site. During the consultations, issues of cooperation development within the framework of the Russia-ASEAN Dialogue Partnership, preparations for the upcoming Russia-ASEAN Anniversary Summit and Business Forum in Sochi in May, consultations of the Russia-ASEAN Economic Ministers, the program of the third business mission to the ASEAN countries (Indonesia , Brunei, Vietnam), scheduled for 16-23 April.