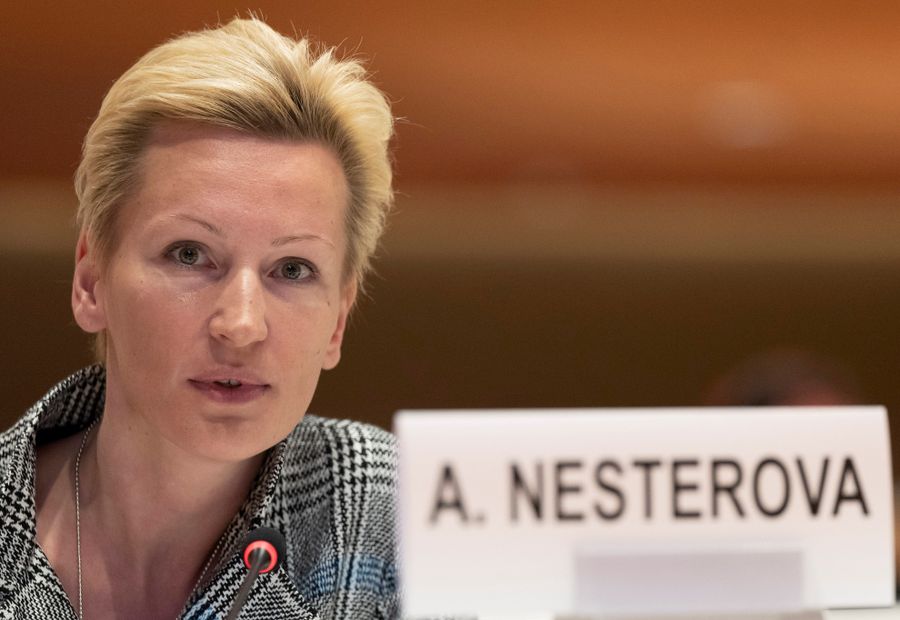 On April 17, in Geneva (Switzerland), within the framework of UNCTAD's "E-Commerce Week", a ministerial round table was held to improve women's access to the digital economy. Russia at the event was represented by Chairman of the Board of Directors of Global Rus Trade Anna Nesterova.

The round table was attended by the Deputy Secretary General of UNCTAD, Isabel Durand, the President of the Trade and Development Council, the Minister of Foreign Affairs and European Integration of the Republic of Moldova, Tudor Ulyanovski, the Minister of Information Technologies and Communications of Pakistan Anush Rahman Khan, the Permanent Secretary of the Ministry of Industry of Zimbabwe Abigail Shonhiva and others .

One of the main themes of the round table was the increased access of girls to education in the field of information technology. Isabel Duran in her speech voiced the proposal to create a digital map for managing digital opportunities. Each girl or woman could use this card to navigate among the available digital resources and tools for personal and professional growth, including e-commerce tools.

Tudor Ulyanovski told about the project in the Republic of Moldova for girls in the IT sphere. In Pakistan, where the female population is half the country's population, girls spend 2 hours per one way to train IT. At the same time, it is planned to introduce IT training from the age of four. In Zimbabwe, access to training and work in the IT sector is a priority for the government.

The main problem in both Pakistan and Zimbabwe is the low level of access to the Internet. In Myanmar, special mobile applications are being developed for the development of agriculture through the exchange of experience. At the same time, a large percentage of the employed in agriculture are women.

Germany in the G20 offered the initiative of teaching girls electronic skills. Most of the women in the world are engaged in the production of folk crafts. However, not everyone knows about the opportunities that are opened with the digitalization of the economy and the development of e-commerce. It is necessary to raise public awareness in this area.

Despite the globalization of the economy, most women entrepreneurs do not have the opportunity to enter global markets. Anna Nesterova stressed the importance of retransfer of successful stories of women's business in international trade. It is especially important, in her opinion, to transfer successful experience to small and medium-sized enterprises.

One of the key initiatives for women's business in the digital economy Anna Nesterova noted the creation of the BRICS Women's Business Alliance. The creation of an alliance is a private initiative proposed by the business community and supported by the Russian government. The Alliance will unite women holding key positions in business, founding their own enterprises or having extensive experience in this field. To more effectively integrate women into the digital economy, the alliance will create an electronic platform where it will be possible to share best practices and business contacts between women's business communities in the BRICS countries.