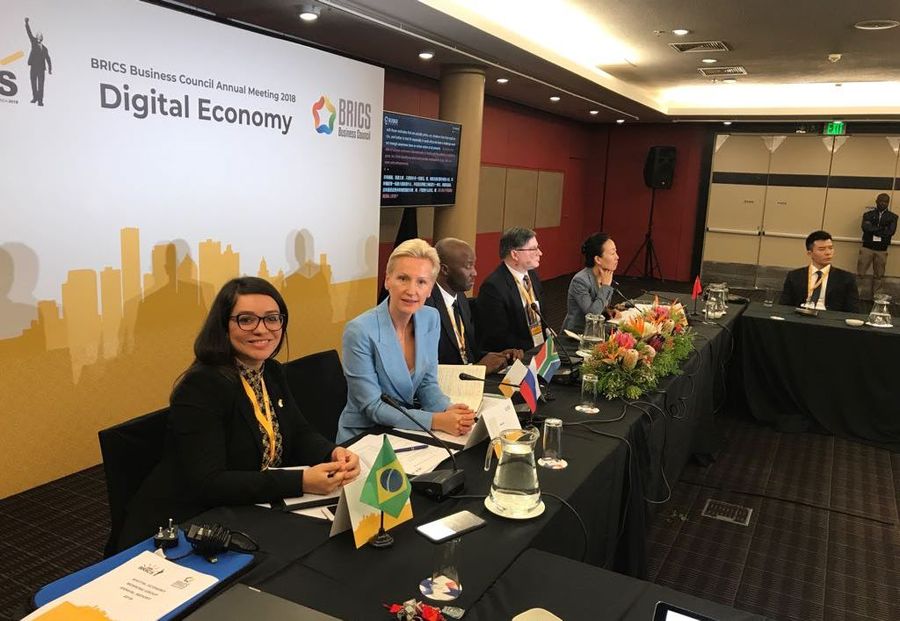 July 22 in Durban hosted the first meeting of the working group on the digital economy of the BRICS Business Council. The meeting was attended by IBM South Africa Regional Director Hamilton Rathefola, Transnet Information Technology Director Makano Mosidi, President of China Unicom Susan Meng. The Russian part of the working group on digital economy was headed by the chairman of the board of directors of Global Rus Trade Anna Nesterova.

The first meeting of the working group identified four main areas of cooperation: improving the penetration of the Internet, increasing the level of digital literacy, the development of e-commerce and the strengthening of technological exchange.

Another proposal of the Russian side was the creation of a roadmap for raising the level of digital literacy of business and the population. The roadmap will form a clear picture of the programs that will be implemented in the BRICS countries. These programs should include educational projects for the population, expand companies' access to digital resources, and promote digital inclusion of all population groups.