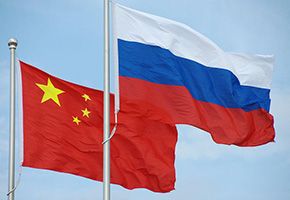 China is increasingly seeking investment outside the country. For Russian business it is a chance to solve financial problems. But for a full economic rapprochement between the two countries, concrete structural changes are needed

Russia and China have long been talking about the convergence of economies. According to the Emergency Ambassador of China in Moscow, only for 2015 the countries intend to increase bilateral trade turnover to $ 100 billion per year. But all efforts in this direction may not be effective if the interaction between the two countries in the banking sphere and the field of stock markets is not facilitated.

Back in October last year, Russia and China agreed to zero the tax rate on dividends and interest. The issues of transition to settlements in national currencies are discussed. In the second half of last year, an agreement was signed to open a $ 25 billion ruble-yuan swap line. The Russian Ministry of Finance is considering the possibility of issuing a yuan debt, as did the United Kingdom, Sri Lanka, Canada and Australia. This practice allows you to create a benchmark for the subsequent placement of bonds in RMB private business. As part of the recent visit of President Xi Jinping to Russia, Moscow invited Beijing to lift restrictions on Chinese investments in foreign bonds.

Finally, the parties started to create the economic belt of the "Silk Road" - a transport, energy and trade corridor between the countries of Asia and Europe. The implementation of such a large-scale project requires significant investments and the $ 40 billion allocated by China to the Silk Road fund for this is clearly not enough.

On the other hand, the development of Russian-Chinese cooperation in the financial sphere is hampered by a number of factors. Among them - low liberalization of legislation in China in terms of investment, underdevelopment of relations between the banking systems of Russia and China, low awareness of Chinese colleagues about opportunities in the Russian market.

Although in China all companies with export-import licenses are allowed to pay in RMB and they are refunded VAT, calculations are conducted primarily in dollars, which increases transaction costs.

How could the financial convergence be further accelerated?

First, we can consider the idea of ​​developing a single register of the stock market for Russia and China and uniform requirements for the formation of prospectuses for securities issues and risks for them. This would reduce the costs of companies entering the foreign capital market and facilitate access to finance for both countries' businesses. Securities issued in Russia will be traded on stock exchanges in China, and the capitalization of our stock market will grow thanks to the inflow of Asian investors.

This tool is needed not only to ensure independence in case of Russia's disconnection from SWIFT. Now Chinese banks do not want to confirm Russian letters of credit without connecting a third party (European and American banks), and also do not open yuan accounts to Russian banks that are not in the top five by assets. The joint Russian-Chinese development of the SWIFT analogue will create a system that can solve the existing trust problem.

Thirdly, in order to attract Chinese investment to the Russian market, it is necessary to provide a clear way for our Asian partners to work with the infrastructure organizations of the stock market. Any Chinese company in the financial sector should have a clear understanding of exactly how it can work on the Russian stock market. For example, to simplify the access of European companies to the Russian market, for some time now, transactions for the purchase and sale of securities pass through Clearstream and Euroclear clearing and depository systems. Similar systems could be created for Chinese partners.

Fourth, there is a lack of information in China about opportunities for Chinese investors in our country. As part of visits to the PRC representatives of the Russian monetary authorities, banking and investment communities need to tell Chinese companies about the opportunities in the financial market in Russia, the Russian infrastructure and legislation.

Forward along the Great Silk Road

Cooperation between Russian and Chinese companies in the financial sector can strengthen the implementation of joint projects. Our companies can invite Chinese colleagues to participate in the placement of bond issues or in the process of IPO. After certain success stories, the relations between Russia and China in the financial sphere will begin to develop more intensively.

The Chinese leadership has proclaimed a strategy for exporting capital, priority sectors have been identified (metallurgy, construction materials, electric power, shipbuilding, chemical industry), and banks are ready to lend to the companies within this initiative. That is why the steps for investment cooperation between Russia and China can be a great help to solve the problems of Russian business with financing.

China is now more and more interested in the internationalization of its currency and stock market. Gradually, foreign states issue bonds in yuan, forming offshore renminbi markets. China is increasingly opening up its market to foreign investors, and itself is seeking to export capital.

Cooperation with Russia in the financial sphere will strengthen China's position in the world economy. And it will create a springboard for the further development of relations between our two countries and the successful implementation of the Great Silk Road project.