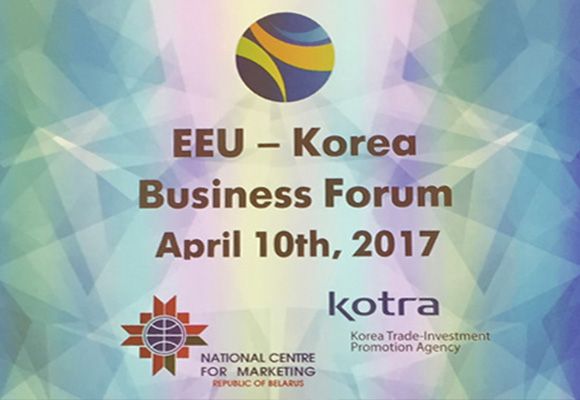 On April 10, Anna Nesterova, a member of the Presidium of the General Council of Business Russia, spoke at the business forum EAGE-Korea, which was held during the third round of consultations between the Eurasian Economic Union (EEA) and the Republic of Korea on the conclusion of a free trade agreement .

Anna Nesterova noted that the e-commerce market is growing steadily throughout the world due to the rapid spread of digital technologies.

According to the report of the Association of Internet Trade Companies (ACIT), the volume of cross-border trade in Russia in 2016 amounted to 301.8 billion rubles, an increase of 37%. The Internet market in Russia grew by 2016 to 920 billion rubles, which is 21% more than in 2015. Today it surpasses the volume of cross-border trade three times. According to the forecast, by the end of 2017 the capacity of the e-commerce market in the Russian Federation will increase by 25% and amount to 1.15 trillion. rubles.

In her speech, Anna Nesterova stressed that the EEA member states (Armenia, Belarus, the Republic of Kazakhstan, Kyrgyzstan and Russia) and their economic partners, especially the Republic of Korea, possessing considerable experience in electronic commerce have a great potential for strengthening international cooperation through increasing the electronic trade between countries.

As a practical measure, the representative of Russia voiced the proposal to develop unified standards for electronic platforms in the field of support and promotion of national export and cross-border trade. Unification of the information to be filled in the Internet services will simplify the interaction between the electronic platforms of the partner countries of the EAEC and will allow increasing trade between the countries of the Union through the mechanism of electronic commerce. In addition, the innovation will make it easier to verify the reliability of suppliers. "To implement this measure, it is necessary to create a working group to develop such unified standards and requirements, which will include representatives from each of the countries of the EAEC," Anna Nesterova summed up. She also mentioned that her proposal was voiced after the analysis of the existing electronic B2B sites: Armenian - export.am, Belarusian - export.by, Kazakh - export.gov.kz, Russian Federation - globalrustrade.com. (It is noteworthy that such a service has not been created in Kyrgyzstan yet).

First Deputy Minister of Commerce, Industry and Energy of the Republic of Korea, Mr. Marn-ki Jong, supported the idea of ​​a member of the Presidium of the General Council of "Business Russia" and urged the business of EAEC to pool IT resources with Korean high-tech companies. "Cooperation in the field of IT is the core of the fourth industrial revolution" - accented Mr. Marn-ki Jong.

Head of the Trade Policy Department of the EEMP Anton Kudasov, Director of the National Center for Marketing and Price Context Sadokho Valery, First Deputy Minister of Foreign Affairs of the Republic of Belarus Evdochenko Andrey, Ambassador Extraordinary and Plenipotentiary of the Republic of Korea Mr. Kim Young Ho, General Director of the Trade Department of the Embassy of the Republic Korea in the Russian Federation Kim John Ken, representatives of the company Daewoo, Hyundai, The Export-Import Bank of Korea.