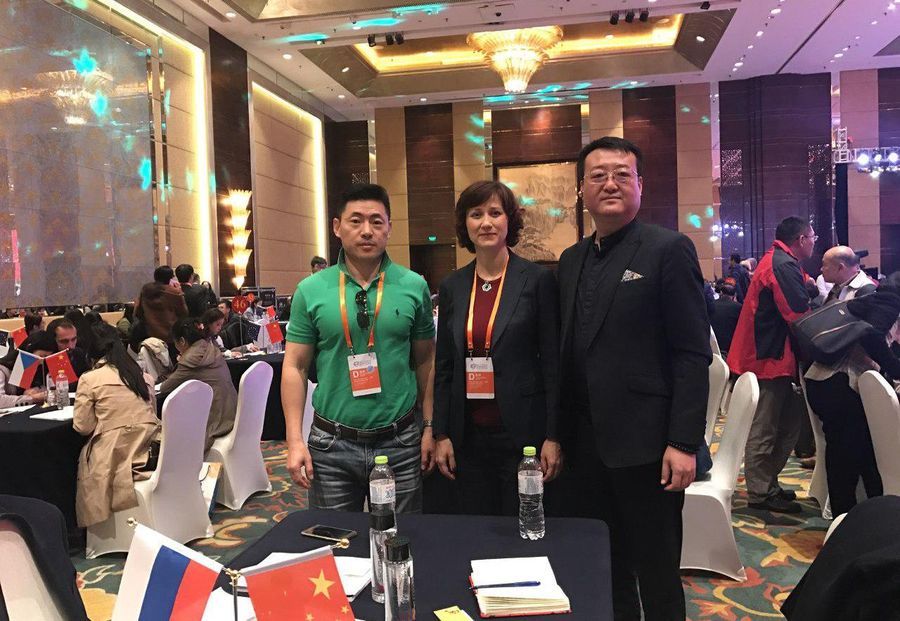 - How was the company founded?

- The idea to found a company came to me during one of my trips. I met an entrepreneur who was engaged in trade. We talked about the prospects for business development and he touched on the topic of exports. This became a trigger. I began to study this direction and came to the conclusion that the food industry is one of the most competitive, and the Asian countries represent, albeit a difficult but very promising market. And for more than two years the company "Greenhill" has been working in the sphere of export of natural and high-quality products from Russia.

- What do you see as the main advantages of the company in the market?

- The company "Greenhill" is very flexible. We never abandon the business started halfway to victory and always know how to find a compromise with partners. We are also open to everything new, participate in all significant events and training programs, constantly expanding our knowledge base. Investing in human capital is one of the main drivers

- Did the company export? With what barriers faced?

- The first product with which we entered the foreign markets is the mineral silicon water "SiENERGY". Due to the bioactive element of silicon in humans, immunity improves and aging processes slow down. This is truly "living water", lost in the relic forests of the Ulyanovsk region.

For 2 years we worked on bringing the product to the Chinese market. There was also training at the Russian Export Center, and numerous events, including the largest Asian exhibition SIAL and the Moscow Prodexpo.

Following the results of the Russian Gastro Week in Shanghai, we found a Chinese partner and after a year of negotiations signed a contract. However, this was not the final, but the continuation of the negotiation process.

It is not easy to work with Chinese partners: they have a completely different view of the world, the process of drafting documents, various nuances - you need to consider everything! In addition, not all leaders of Chinese companies were ready to negotiate with the director-woman, as in China in some places the traditional patriarchal foundations are still very strong. Therefore, I actively enlisted my deputy to the talks.

In October 2017 our efforts were crowned with success and the first shipment of SiENERGY for export took place.

- What are the goals of the company for the next year?

- Today our company has a food basket, which includes chocolate, honey, sunflower oil, non-alcoholic and alcoholic beverages. We are not going to stop there and plan to become one of the largest food suppliers in China and other countries of the region within the next 5 years. This year our goal is to enter the South Korean market.

We are ready to share our knowledge and become a guide for Russian food and beverage producers in Asia.

- Is it difficult to be a woman in business? What barriers did you encounter?

- When you get a real drive and get strength in your favorite work, and your family supports you, then it's not so difficult to be a woman in business. I try to always pay due attention to my husband and children, although, of course, there are also very urgent tasks, but they are solved. As I said before, not all Chinese partners were ready to negotiate on an equal footing with the woman leader. In this situation it was not just psychologically: I was very worried. Then we with the command began to play various variants of development of events at negotiations and to train, so to say, on cats. I can say that it really helped. I felt confident in myself, and in my employees, and as a result, the contract was concluded.