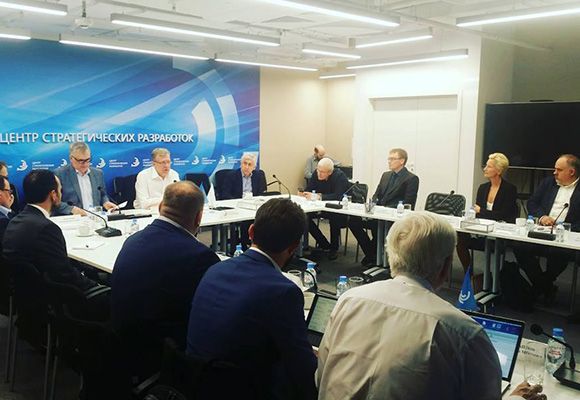 On May 24, the founder and chairman of the board of directors of Global Rus Trade, Anna Nesterova, presented the electronic platform for mutual trade between Latin America, Southeast Asia and BRICS Global Rus Trade at the seminar "The Role of Platforms in the Real Sector of the Economy", which was held at the Center for Strategic Research under the chairmanship of Alexei Kudrin. The event was devoted to the prospects and economic effects of the transition of individual sectors of the economy to platform solutions.

The participants of the event noted that one of the characteristics of the new industrial revolution is the change in the architecture of markets, related to the deepening of digitalization processes and the transition of markets to functioning in the mode of platforms. Digital platforms are already close to the dominance of ICT, trade and services, and are now spreading in the industry.

In fact, platforms exist in three sections: as a business model, in which cost is created by facilitating exchange between producers and consumers, as an open, public infrastructure (site, marketplace) for interactions between external producers and consumers with management conditions established for them and how software solution.

The platforms differ in terms of industry and scale of activity. There are national, regional and global platforms. The electronic platforms existing in Russia are either sectoral, or national, or bilateral.

Anna Nesterova believes that the platform in the field of cross-border e-commerce is a regional, country and intercountry integrator. Today there are a lot of electronic platforms of cross-border trade in the world, including Alibaba, IndiaMart, KITA, B2Brazil, she recalled. The problem of the Russian exporter is that he often can not display his goods in the catalog of a foreign site, since each of the countries is interested in protecting the domestic market and the national producer. Registration fee on many platforms of cross-border e-commerce, purchase of "shelf" and logistics are too expensive for SMEs in Russia.

In Russia there are 16,500 exporters. The task of Global Rus Trade consists in their registration and withdrawal of 5.5 million entities of SMEs with export potential, but not exporting at the moment, to the international market.

According to Anna Nesterova, there is only one way to encourage the Russian producer to sell products on the international market - to supply him with full information about the demand for his goods.

Global Rus Trade is the first Russian cross-border e-commerce site, stressed Anna Nesterova. The company transfers to the figure the answer to the request of foreign importers about what can be bought in Russia. The mechanism of cross-border e-commerce creates an electronic showcase on which the exporter can lay out his goods on specific characteristics. Thanks to this technology, he can see that abroad there is a need for his products. The advantage of the site, according to Anna Nesterova, is the opportunity to trade on the Russian platform to the countries of Latin America, Southeast Asia and the BRICS.