The portal is presented at the E-COM exhibition in Bangalore 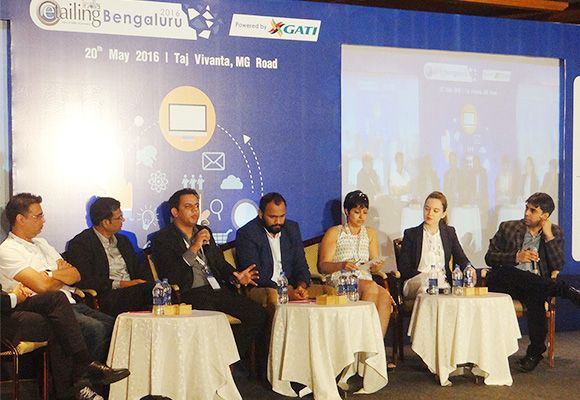 The company Global Rus Trade participated as a Silver Partner in the largest e-commerce exhibition in India, which was held in Bangalore in late May. General Director of Global Rus Trade Evgenia Babakhina and Head of Customer Service (Asia Pacific) Global Rus Trade Paul Scheria introduced the exhibition guests to the portal GlobalRusTrade.com and its mission in India. The general director Evgenia Babakhina took part in the panel discussion. Where noted the importance of omnichannel communication with the clients of the Portal. She noted that the key point in the use of the mechanism is the cross-analytics of consumer behavior, which allows making proposals more targeted. Eugenia Babakhina spoke about the specifics of the Portal and new opportunities for small and medium-sized businesses in India to use the portal in their own interests and for the purpose of developing international trade. The stand of Global Rus Trade was appreciated by other companies represented at the exhibition. Trade relations with the help of the Portal will certainly help Indian business to carry out international transactions and reach the world level. Yevgenia Babakhina also noted the importance of the GlobalRusTrade.com portal for Indian companies, as the Portal opens wide opportunities for international trade for the developing economy of India. Participation as importers and exporters on the Portal will give a good impetus to the business and clients of the portal in India. A great interest in the Portal at the exhibition speaks about the large market share in India, ready to enter international deals, thereby reducing trade barriers between the two countries.