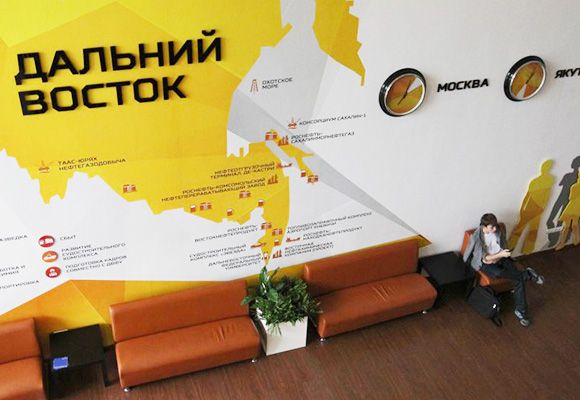 The created system of investors' support in the Far East, as well as the interest of Chinese investors in it will allow the region in the near future to become the main region of financial interaction between Russia and China, Anna Nesterova, a member of the Presidium of the General Council of Business Russia, told in an interview with the Satellite. "First and foremost, the region is a key center of interaction at the level of cross-border trade and tourism," the expert believes. "After weakening the ruble, Russian goods became very interesting and the Chinese began not only to buy them, but also to forge. Cross-border trade and investment projects require financial support from banks. Therefore, the region is a key island of interaction for individuals.
In the Far East of Russia, a complete ecosystem of investor support has been created, within which it is possible to obtain not only tax benefits, but also financing at an attractive rate and infrastructure. The mechanism of TOP and free ports, as well as the gambling zone - are very attractive for, among other things, Chinese investors, mechanisms, "- said Anna Nesterova. That is why, she believes, in the Far East, there are more and more projects involving Chinese investors. In particular, the involvement of Chinese investors in the construction of the gambling zone "Primorye": the construction of a hotel and a shopping center, a casino. In addition, the Russian-Chinese Fund for Regional Cooperation, which plans to invest up to 100 billion yuan (equivalent to $ 14.4 billion) in projects in the field of mariculture, agriculture, mining, tourism and transport infrastructure. According to Anna Nesterova, the volume of Chinese investment in the Far East is now estimated at 175 billion rubles. This is 14% of the total investment. "At the WEF in 2016, a number of investments were announced in the region, therefore, in the short term, the Far East can be considered the main region of financial cooperation between Russia and China," the expert stressed. A logical continuation of the strengthening of financial cooperation will be the establishment of a center to support Chinese investment in the Russian Far East, which was previously reported by the Ministry of Color Industry. "Given that Chinese investors are among the most active in the Russian Far East and plan to invest in 9 projects worth 750 billion rubles, the creation of the center is a logical step that will help create an enabling infrastructure, a navigator on the Russian market for Chinese colleagues."
At the same time Anna Nesterova stressed that the "cautious" position of Chinese investors towards the Russian economy as a whole is changing to a more decisive one. "Judging by the decision to appoint a clearing bank, as well as on the interest of Chinese colleagues to invest in the Russian Far East, it seems that the position has really changed. Business interests someone must serve. In this connection, either Chinese or Russian banks can make money on the deal. I think that the Chinese bankers will not want to miss the chance to finance large projects, so you can expect activation of their activities in the Russian market, "added Nesterova. sputniknews.cn