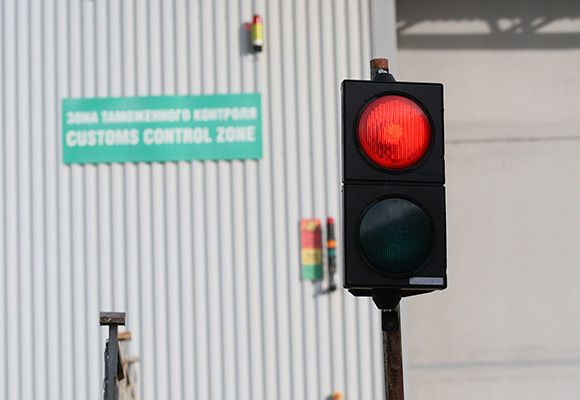 The absence of an electronic settlement system or customs bureaucracy is only a particular thing, entrepreneurs say. According to Global Rus Trade, which supports foreign trade operations, out of 120 firms that participated in transactions with Global Rus Trade in 2015, 70% are Russian medium and small companies that import and export non-commodity goods. Abroad they supply electrical equipment, building materials, bifidobacteria, industrial equipment, for example, antiscale, water filters, Anna Nesterova, the founder of the company, told a briefing in Moscow. But the development of exports and imports is hampered by the lack of a system of electronic payments between legal entities in Russia, as Russian laws prohibit them, says Nesterova. "Every time I try to invent with the broker I hire, a legal and convenient way of making payments for export abroad," admits Dmitry Nechaev, owner of the Tritonbikes company for the production of titanium bicycles. According to him, due to commissions on payments and customs clearance costs, the final price of the goods for European customers is greatly increased. For example, says Nechayev, when he needs to send a titanium frame worth 1500 euros to a client in Germany, he is forced to add another 250 euros of export costs to the price. The final buyer from Europe will receive a frame at a price of 2000 euros. He may decide that he should buy a similar frame in Europe at a lower price, the entrepreneur explains. Many payments, even those that are made through Sberbank, go through correspondent accounts of American banks. In connection with the sanctions, they are delayed, they cause additional questions from the Americans and they have to spend time on clarification, says Viktor Akulinin, a partner of the Russian company - the manufacturer of frozen Cheesberry cheesecakes and a representative of the "Support of Russia" in China. For business, such delays are extremely unprofitable, he stresses. "It's difficult to go to Europe because of high competition. But we could sell our products, for example, in the UAE. Our equipment is not inferior in quality to the American, but cheaper, "- says Konstantin Kaluzhin, member of the Presidium of the Association of Manufacturers of Saving Equipment for Firefighters" Soyuz 01 ". "For every foreign contract, we are forced to receive state licenses, because it is believed that we sell dual-use products - military and civil," he complains. Small and medium-sized businesses have more systemic problems with going abroad, rather than problems with electronic payments or excessive bureaucracy, says Alexei Kanevsky, head of the Economics Committee of the Moscow branch of "Russian Support." Foreign markets are busy and a small company to find customers abroad is almost unrealistic, he says. It is necessary at the state level to help small exporters with the search for sales channels, the expert explains. According to Kirill Yemelyanov, deputy director of the Department for Small and Medium-Sized Enterprises and Competition of the Ministry of Economic Development, the government plans to create a pool of exporters from regional small and medium-sized enterprises, train them and prepare them for placing products and services in global markets. Yemelyanov added that 10% of small and medium-sized producers had already announced their desire to enter foreign markets. www.vedomosti.ru