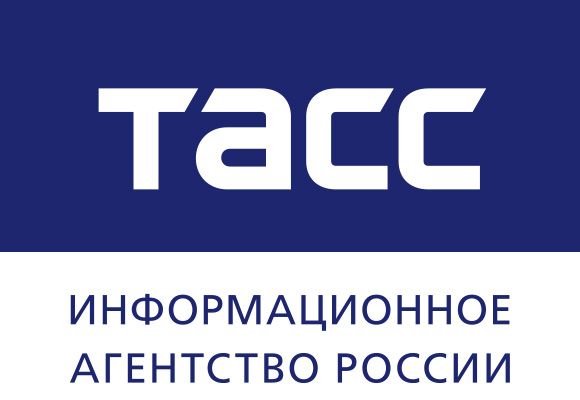 The government in July approved the program "Digital Economy of Russia" until 2024, indicating the need to support small and medium-sized businesses that create and implement digital technologies. TASS - about the products developed and presented at the III Forum of Small Business of the regions of the SCO and BRICS countries, which was held in Ufa. Presented services allow not only to abandon a full-time accountant in favor of the machine, but to "calculate" competitors, in a few hours to find potential customers and tell the world about it with a few clicks on the computer.

From step to gallop

There is no official definition of the digital economy. This term refers to the impact of the Internet and new technologies on the work of the business and the economy of the whole state and how this affects the lives of ordinary people. According to international experts, Norway, Sweden, Switzerland and Denmark are leaders in this direction, while Russia is still at 36. Experts explain this not so high position by "the lack of concerted actions," said the vice-president of the Chamber of Commerce and Industry ( CCI) of the Russian Federation Elena Dybova.

Member of the CCI Committee on the development of procurement systems, Jacob Geller compared the development of the digital economy for business in the country with the first stage of the construction of the Moscow Metro in 1932, when Metrostroi had 8 horses, one cargo and two cars.

Participants of the forum noted that there are Russian projects that cause interest abroad and are capable of giving a push to a sharp advance. One of them - "Business Navigator SME" - a resource for entrepreneurs, created by the Federal Corporation for the Development of Small and Medium Enterprises.

It allows you to "determine the business conditions, analyze the work of competitors, find favorable conditions for a loan in credit organizations, check the demand for the goods at a particular moment," the representative of the corporation said at the forum. Small businesses can use the system for free.

The "Business Navigator SME" service, which provides users with a list of recommendations and step-by-step instructions at all stages of business development, was launched in September 2016. Over the past six months, the number of users among businessmen, according to the Corporation, has increased from 1.4 thousand to 112.9 thousand people.

The resource covers 171 large cities, 90 types of business in the areas of urban services, more than 300 model business plans. SME Corporation in October will launch a mobile application for start-up entrepreneurs, previously reported to its head Alexander Braverman.

Buyers anywhere in the world

On electronic platforms, cross-border trade is possible. Two years ago, Russia launched the first electronic platform for foreign trade - globalrustrade.com, said the chairman of the board of directors of the company "Global Rus Trade", a member of the presidium of "Business Russia" Anna Nesterova.

"At our site you can register, get an account, a multilingual version of the product catalog card, and your product will be seen tomorrow by the whole world," she said. "The system is so clever that it recognizes the characteristics, determines the product range, gives clues when filling out the goods card. site, nowhere is there any such that the buyer can leave a request and no longer check the account - the e-mail system notifies that in Vietnam, for example, a partner is interested in your product and asks to be associated with it ".

The company has been operating for about two years in the markets of Latin America, Southeast Asia and the BRICS countries. In the team - about 100 people - analysts, mathematicians, developers, transporters and sales managers, said Nesterova.

She added that now the company is discussing with the Ministry of Industry and Trade of the Russian Federation "the interaction of the electronic platform in terms of promoting the goods of folk art".

A new tool and a huge demand

The digital economy finds application in the field of procurement. For example, the State Order Agency of the Republic of Tatarstan in 2016 created an analogue of the public procurement portal - only for private business, shared Yakov Geller, the general director of the agency. Now on the portal bp.zakazrf.ru only purchases of food products are possible, but one of these days the module of building materials will work on this site, he said.

On the site in online mode are displayed lots, in particular, for the purchase of first-class dining room carrots set price of the basic set - 40 rubles. Bread white molded from wheat flour is set at 22 rubles.

Now, instead of "direct" purchases, which are not always transparent, organizations can purchase products on competitive procedures in electronic form, Geller notes. "Up to 600 thousand lots are placed on bp.zakazrf.ru daily.This is a new tool that is in great demand.For six months 470 new businessmen have come," he said.

To start working with large customers, only registration is needed. Next, you should deliver the goods and offer a better price for it. The application form contains a minimum of information, new trades can be viewed online, and the results of the procedures are publicly available.

Modern Russian services are able not only to calculate the competitiveness of the goods, but also to find potential buyers with high accuracy.

"If we talk about data that accumulates in large numbers, then in services such as Yandex.Direct you can clearly see which of the companies on the Internet is a competitor, and what is the demand for those types of goods and services that can potentially be produced, "said the chairman of the State Committee of the Republic of Bashkortostan on informatization and the functioning of the" Open Republic "system." You can also see where the demand is geographically located. With this kind of services, you can reduce your risks when planning and organizing uu their small business. "

Two weeks ago, Russian developers launched an analytical program capable of calculating who is a potential buyer of the goods.

"The mathematicians have trained the machine from all available data to calculate who is a potential customer with what degree of probability and issue a forecast." Earlier, the manager, the client spent ten days on this, now it will take only 24 hours, the system is faster and more just, "said the ombudsman on the protection of the rights of entrepreneurs in the field of electronic commerce and the provision of electronic public services Iliya Dimitrov.

According to him, for the digital economy, the main indicator of efficiency is the forecast. "The forecast for buying, for sale, for risk or for an event.The sooner you predict that this customer needs a product, the more likely that you will sell it," Dimitrov concluded.

"Cloud" accounting instead of paper

In addition, the Russian companies are allowed to simplify their activities by conducting "cloud" accounting and electronic reporting programs.

"The programs of cloud accounting are worth 3,000 rubles a year, and you do not have to pay a salary to a full-time accountant," said Olga Smirnova, head of the "Services for Banks" department of SKB "Kontur." - You can also use the program to submit electronic tax reports. regularly prompts when to file taxes, calculates funds for the user.The document goes electronically to the Federal Tax Service and comes back with a stamp. "

According to Smirnova, there are now "seamlessly" linked bookkeeping accounts for small businesses - when there is no need to go over from the program to the program when calculating. They already have built-in primitive reporting. "It costs 6 thousand a year - accounting plus reporting," she explained.

"There are cheap or free cloud applications for warehouse management and commodity accounting, there are cheap, convenient programs for small business dealing with customers, you can find them, in particular, in the Business Navigator of SMEs and the Business Environment of Sberbank project, - added Smirnova.

During the III Forum of Small Business of the Regions of the SCO and BRICS countries, over 1.3 thousand forum participants discussed the possibilities of the digital economy, development of export potential, creation of barrier-free trade and prospects for youth entrepreneurship.