Promotion of IT solutions with electronic channels 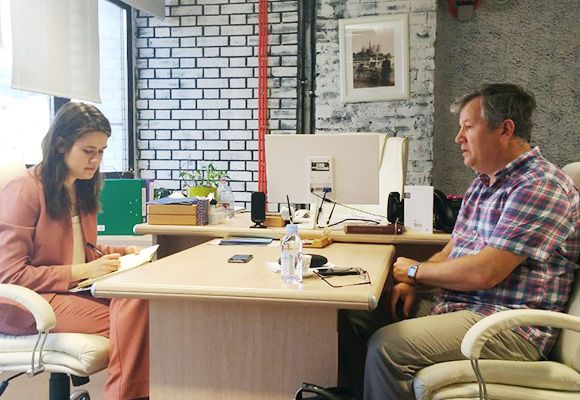 The Russian company ElcomSoft is one of the world's leading manufacturers of password recovery tools. Now ElcomSoft occupies one of the leading positions in the world market of software for law enforcement and power (forensic) structures. We talked with Yuri Ushakov, the sales director, the history of the company's development and the experience of entering foreign markets.

- Yuri, can you please tell us how the ElcomSoft story began and how did the company change over the course of its work?

- ElcomSoft for 26 years in the software market. It all started in the 1990s. The founder of the company, Alexander Catalova, came up with the idea of ​​making a program capable of recovering passwords. To investigate crimes, both conventional and "high-tech," the recovery of passwords for various information can be critical. In addition, ordinary users often forget their passwords, so system administrators use our products too. Alexander began to engage in reverse engineering. During the company's work, technological progress has made a noticeable breakthrough: there appeared cloud technologies, mobile devices, so our first product in the form of programs breaking passwords began to recede into the background. Now we follow more modern IT-trends.

- What is ElcomSoft working on? The boom of technological startups does not abate, more and more companies are developing in the IT sphere. Are there many competitors in the market?

"Our main direction is digital forensics, so, of course, our main customers are government agencies. However, we sell software to private companies. For example, open the list of Fortune-500 - there you can meet a lot of our foreign clients. Although there are other companies on the market, we are not used to calling them competitors. Rather, these are our colleagues. We started working with mobile devices Apple and Blackberry, and devices on Android we serve only by cloud technologies. Some of our colleagues on the contrary specialize exclusively on Android.

- How did ElcomSoft start to enter foreign markets? Now the company's products are represented practically in all regions. What is the strategy for entering a new market?

- The company was originally aimed at the global market, and even now, alas, the share of our sales in Russia is a few percent. Since the market forenzinki is very specific, our main channel of promotion has always been and will be personal communication. We learned about exhibitions, industry events on sites and went around the world. There, and found future partners. Two foreign offices in the Czech Republic and the United States have already been opened. The United States and represent for us the main market with sales of more than 30%. Other major markets are Great Britain and Germany, now China is actively involved.

- Did you encounter informal barriers when entering new markets? As experience of export activity shows, it is always difficult to estimate prospects at foreign sales.

- Actually, yes. For example, working with Americans is relatively easy. In general, there were no problems with countries that conduct business in a European manner. China can also be seen as a country leading the business according to the rules adopted in Europe and the US. But our Chinese partner has an American management model in blending with Chinese hard work, and this is a very effective synergy of cultures. But in Japan, a completely different world. A couple of years ago, Alexander Katalov even gave me a book about the culture of doing business in Japan. The book has withstood several publications, but, alas, the only advice from it, which worked in practice, is to submit a business card with both hands. Although Japan is a separate example, in practice it is really very difficult to know the specifics of all countries. Therefore, the introduction of digital products to promote business abroad is an effective tool in the context of globalization.

- Do you plan to search for new markets or the demand for existing ones is fairly stable?

- Yes, of course, you need to enter new markets. In general, we are now interested in the markets of developing countries: there has long been a demand for quality software. In working with the markets of Asia and Latin America, we were very useful portal Global Rus Trade. At the beginning of the cooperation there was some doubt that it would be possible to find a partner, because the portal covers a wide range of industries, and we work in a very narrow segment of software products for digital forensics. But, I must say, colleagues from Global Rus Trade after our registration on the site we did not relax, offering various options for finding partners in the countries from the regions of their activity. Now the contacts are established, negotiations are held. For us, GRT has become a really convenient service, with the help of which we have found new foreign partners.

I would like to wish the whole team of Global Rus Trade, at least, the same activity and efficiency! And, of course, new successes!