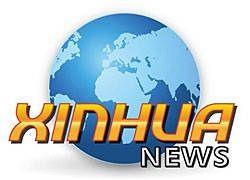 The head of the BRICS working group on agriculture Anna Nesterova

On the afternoon of Sunday in the coastal city of Xiamen in the south of China, the BRICS Business Forum opened in the framework of the 9th meeting of the leaders of the BRICS countries. On the fields of the event, with his vision of the format's prospects in an exclusive interview, corr. Xinhua was shared by the head of Russia of the BRICS Business Council Working Group on Agriculture, Anna Nesterova, Chairman of the Board of Directors of GlobalRusTrade.

"We need to use possible options for economic cooperation in the BRICS space in order to create multilateral and bilateral projects, including in agriculture," A. Nesterova said.

She is optimistic about the prospects for cooperation within the framework of the mechanism. In her opinion, there are two main directions of development: strengthening of inter-regional cooperation and interaction in accordance with the trend of digitalization of the world economy.

According to the delegate, electronic platforms that can help small and medium-sized businesses enter new markets and overcome geographical and language barriers can become an important tool here.

In China and Russia there are already examples of such sites - EPEC, which is industry-oriented and Global Rus Trade, which creates a catalog of agricultural producers BRICS.

A. Nesterova reported that between Russian and Chinese companies there is close cooperation in the agro-industrial sphere, in 2015 the export of agro-industrial complex from Russia to the BRICS countries amounted to 2.2 billion US dollars, and 1.7 billion of them fell on China. The head of the group from Russia also noted that within the mechanism there is an interest in sharing IT solutions, and Russia has experience in this area. "Here you can talk about different mechanisms of cooperation - joint ventures, the sale of specific technologies," the expert stated.

A.Nesterova does not agree with the critical votes addressed to BRICS, views on the uselessness of the mechanism. She believes that his strength is in the diversification of the economies of the participating countries, their complementarity. For example, Russia is an exporter of agricultural products, which is in demand from other participating countries: in 2016, agricultural exports totaled 11 percent. from the export of goods of Russia. In addition, "technology is moving forward" and countries have many channels to overcome obstacles in interaction.

She believes that over the past decade, the BRICS countries have gone a long way, and now it is important not to lose the pace of cooperation.

As for the interaction within the working groups of the Business Council, the delegate hopes to attract more business representatives, since "the competence of professionals and experts is important in order for the cooperation to be more effective."

Another important area for cooperation within the BRICS framework is the involvement of women in economic processes. The creation of the BRICS Business Club, proposed by Russia in July this year, was already actively supported by the chairman of the Chinese part of the Business Council, who called on other participants to work responsibly to this initiative. "This is a big project for several years, and we see that all countries are interested in involving women in the economy, since a large proportion of small and medium-sized businesses are women," A. Nesterova noted.

She agrees with Chairman of the People's Republic of China Xi Jinping that the next ten years will become the "golden age" for BRICS, and hopes to continue fruitful work.

Recall that the BRICS Business Forum will be held on September 3-4, and within the framework of the main program of the leaders' meeting there will be an expanded meeting in the BRICS + format.