E-commerce is a chance for export development 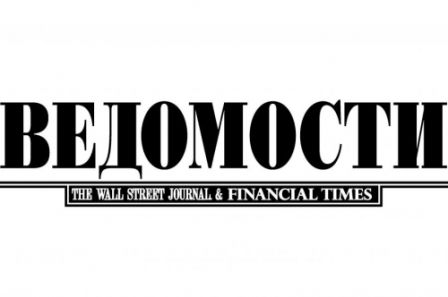 The April 25, 2016 issue of the Vedomosti newspaper published an article by Anna Nesterova, the founder and Chairman of the Board of Directors of the GlobalRusTrade.com Mutual Trade Portal. E-commerce is a chance for the development of Russian non-primary exports. The e-commerce market in Russia is developing rapidly, even despite the fact that the economy has not grown in the last two years (2014) and even contracted (2015). In 2013, the growth of this market was 32%, in 2014 - 35%, in 2015 - 16%. In Russia, however, they say only about electronic platforms in the b2c segment ("business-consumer"), while in the world the calculations in the electronic form between the business have already become routine. A tool that would allow unhindered sales of its products abroad is a very promising direction for Russian companies. However, we need not only a b2b platform, but also an electronic payment system that will allow you to sell goods abroad as quickly and easily as possible (now this is impossible, as by law, settlements between companies must be made only through bank accounts). At the same time, it is very important that such a payment system be licensed and, accordingly, be subject to direct control of the Central Bank. E-commerce for exporters is a good chance without significant budgets for promotion to enter new markets and strengthen positions on those already employed. There is a stereotype that in Russia, which is a major exporter of raw materials, the production of finished products is not developed. This is not quite true. We have a lot of production companies that do not get into the media, but form a significant part of GDP. Competitive chemical industry, machinery and equipment, the production of vehicles and even electronics. In Russia there are hundreds of research institutes on the basis of which quite competitive products are produced. We can identify two major problems that prevent our companies from entering international markets. First, the lack of budgets for participation in exhibitions. Not everyone can allocate for this 0.4-6 million rubles. Business activity is now shrinking, it is not necessary to talk about the promotion of goods abroad. In this sense, e-commerce can become an effective mechanism that will allow Russian goods to conquer new frontiers. Secondly, companies are poorly oriented in export legislation, they have a lot of costs, both monetary and temporary, when preparing the necessary documents and passing the procedure of export transactions. It is necessary to simplify the process of selling to other countries and purchasing from abroad, because everyone is interested in that "at the click of a mouse" microchips from Russia were sold, for example, in Uruguay.

In recent years, many new players have appeared in Russia, among them jd.com, Aliexpress, Alibaba. These sites allow you to buy not only at retail, but also small- and large-scale lots of goods. A national b2b-site globalrustrade.com was created , which allows companies from Russia to sell goods to 33 countries in Latin America, Southeast Asia and BRICS. This mechanism is already working, customers of the site have concluded a number of contracts with customers, in the process of signing contracts there are more than 120 companies. Globalrustrade has representatives in other countries, contracts have been concluded with reliable partners, an extensive advertising company has been opened. But there is one significant obstacle that hinders the progress of our goods - the lack of the ability to make transactions through the electronic payment system (EPS). In the world, e-commerce b2b is developing at lightning speed. Calculations for business are made by such systems as PayPal, WebMoney and Alipay. However, Russian business has no right to use these opportunities. Alipay payment system is similar to a bank, where all operations are carried out electronically. Mutual settlements occur by transferring funds to special accounts in Alipay. And, for example, on the Chinese site www.1688.com companies can be calculated among themselves literally "one-click", filling only certain fields. Russia should not stay away from this trend. It is necessary to create a EPS, licensed by the Bank of Russia, for settlements between the business both domestically and on export-import transactions. This is necessary to reduce the costs of business, make the process of export and import as fast and efficient as possible. Now the Russian legislation does not allow to realize this idea. In this regard, we can identify three main objectives. First. All estimates of the dynamics of e-commerce in the country are reduced to the analysis of the retail segment. About calculations between the business, even speech, there is no speech, as in 161-FZ "On the national payment system" it is clearly stated that electronic payments can only be between legal entities and individuals (b2c), as well as between citizens (c2c). The business asks for changes to this law and allows electronic settlements in the b2b segment. The second. According to the 115-FZ "On Counteracting the Legalization of Proceeds from Crime", funds can only be transferred from the buyer's bank account to the bank account of the seller, intermediaries (for example, as an electronic payment system). On 173-FZ "On currency regulation and currency control" only banks can transfer money between legal entities in a foreign economic transaction. At the same time, the bank sends the transaction passport to the Central Bank, and after the transaction is made - other confirmatory certificates. That is why the created EPS for settlements between businesses can take on the function of currency control. Third. Electronic identification and communication between regulators, customs and payment system are necessary. If the latter is organized in such a way that the business can easily use it, it will allow Russia to reach a new level, and enterprises can reduce costs. In my opinion, it is necessary at the governmental level to create a working group that will decide on the implementation of EPS for settlements between businesses. This is our chance not only to be on the crest of a wave of global trends, but also to make a big step forward in the expansion of Russian companies abroad. The payment system will closely link the markets of countries (for example, the BRICS block) and increase Russia's role in the world trade in non-primary commodities. www.vedomosti.ru