BRICS countries need to create a statistical office - an expert 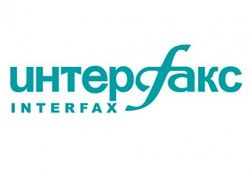 The BRICS countries need to create a unified statistical department to activate mutual cooperation, including in the sphere of the agroindustrial complex, says Anna Nesterova, chairman of the board of directors of Global Rus Trade, a member of the presidium of the General Council of the Business Russia.

"It is proposed to unify the collection of information on countries for its correct aggregation in common for BRICS indicators, perhaps set up for this statistical office BRICS," - said A. Nesterova at a meeting of the working group on agricultural development of the BRICS Business Council on Thursday in Shanghai.

According to her, at present a joint statistical publication of the BRICS is published annually. "However, aggregated information does not have the necessary level of detail, for example, there is no detailed specification of BRICS exports for certain categories of goods, and information on countries is fragmented," she said. "In addition, individual indicators having the same name are calculated on different methodologies. "

A.Nesterova proposed to unify the collection of information. Statistical and other analytical information should be available on the information portal in a format that is convenient for working with it, she added.

"Provision of statistical information to exporters and importers is necessary, including for carrying out marketing research, building joint forecasts of the economic development of the BRICS countries, identifying the potential for economic cooperation, etc.," she said.

Global Rus Trade was established in October 2015 for export development in the b2b format.