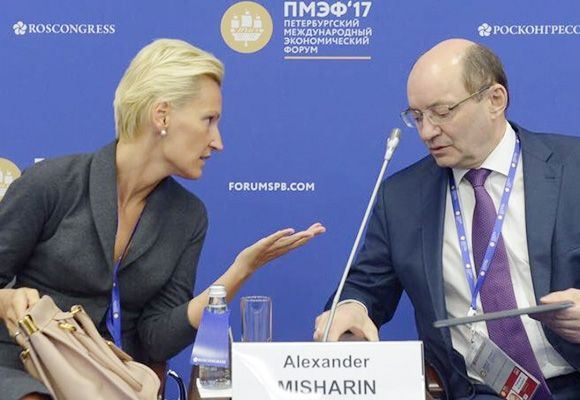 E-commerce can become one of the main drivers of the growth of trade turnover between the BRICS countries, said Anna Nesterova, a member of the Presidium of the General Council of the Business Russia, the chairman of the board of directors of Global Rus Trade, speaking at the panel session BRICS: New Approaches to Economic Integration. The discussion took place on June 1 at the St. Petersburg International Economic Forum.

The session was devoted to new approaches to the economic integration of the BRICS countries. Its moderator was the president of the Chamber of Commerce and Industry of the Russian Federation Sergey Katyrin. During the event, the issues of expanding the project cooperation, financed by the New Development Bank of the BRICS, as well as factors hampering the entry of a new level of industrial and technological cooperation of the BRICS countries were raised.

In her speech, Anna Nesterova noted that, given the growing digitalization of economies, special attention should be paid to the development of electronic commerce. "E-commerce erases borders, be it geographical, temporary, linguistic, cultural," she said.

According to the member of the Presidium of the General Council of the "Business Russia", the colossal potential of electronic commerce in the BRICS countries is constrained, among other things, by the weak development of mechanisms for informing and stimulating business. The traditional problems of export-import activities include the search for a reliable partner, language and cultural barriers, and the emergence of disputes.

Anna Nesterova suggested moving in the direction of maximum simplification of the processes of finding the right partner, negotiating and concluding a transaction with the help of identification and creating a database of proven suppliers while uniting the efforts of all partner countries. E-commerce also acts as a regional integrator.

In the BRICS countries, an initiative was voiced at the governmental level to establish a separate mechanism for cooperation in the development of e-commerce. Anna Nesterova believes that business should be primarily involved in such work with the help of the BRICS Business Council tools. Constant dialogue with business and popularization of effective trading electronic platforms are key moments in achieving success in this area of ​​cooperation, she concluded.