2016 was successful for financial cooperation between Russia and China 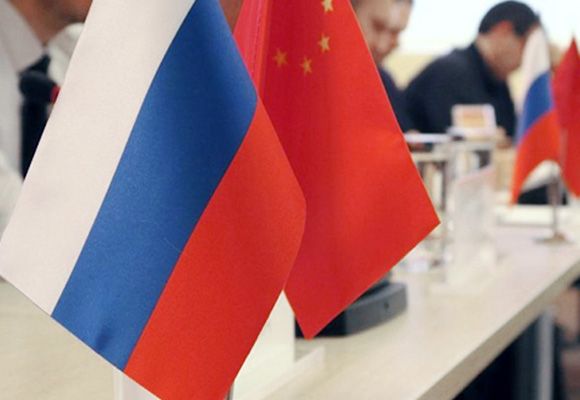 Despite certain difficulties, 2016 can be called successful for financial cooperation between Russia and China. This year created the prerequisites for fruitful cooperation between the countries next year, experts believe, interviewed by the satellite. According to the founder of the international trade service Global Rus Trade, a member of the Presidium of the General Council of the Business Russia Anna Nesterova, in the context of a decrease in bilateral trade turnover, financial cooperation between the countries also decreased. According to the customs department of the People's Republic of China, in the first half of 2015, bilateral trade declined by 30.2%. This year, the tendency to fall has been reversed. From January to October, trade amounted to 56.2 billion dollars, showing an increase of 0.5 percent compared to the same period last year. According to the Central Bank of Russia, the volume of foreign investment of China to Russia at the beginning of 2016 amounted to 1693 million dollars. In early 2015, the figure was almost twice as much - $ 2,843 million. Nevertheless, according to Nesterova, 2016 was marked by a series of events that will stimulate financial cooperation in 2017.
"The outgoing year can be called successful for Russian-Chinese relations in the financial field in the first place, because it was announced about the intentions of billion-dollar investments from the Chinese side," she said. The key events, according to Anna Nesterova, are the Vladivostok Economic Forum, which continues to popularize investment in the region bordering China, and the announcement of ICBC's appointment of a clearing bank for the yuan.
"Empowering ICBC with the functions of a clearing bank has shown that the Celestial Empire is interested in developing an offshore yuan center in Russia and considers our country as a serious partner in this field," she noted. An important event that "should bring cooperation between our countries in the financial sphere to a new level" is the plans of the Ministry of Finance to issue bonds in yuan on the Moscow Stock Exchange. According to the expert, this creates prerequisites for using the ruble and the yuan in mutual settlements and will be another step towards the internationalization of the renminbi. "This step has a number of political, financial and economic advantages for both sides of the transaction. For Russia, first of all, this is an image tool for popularizing Russian assets in China. In addition, the tool will increase the confidence of Chinese investors in Russia and increase the recognition of our country in the Middle Kingdom "- explained Anna Nesterova. "We need to understand that this is a project with a far horizon. Despite the fact that the demand for yuan on the Moscow stock exchange for 9 months of 2016 was only 2% more than for the same period in 2015, yet growth is very significant: in 2011 the turnover was 4 billion rubles, and in 2015 - already 858 billion rubles. "- The expert added. sputniknews.cn