Global Rus Trade
Directory
Log in
Cart
0
Cart
{$sellerName}
/ajax}
Leave a request for a product or service
Your request for purchase of goods/services will be sent to the seller. Your e-mail will receive a letter with confirmation of sending the application. The seller will tell you whether he is ready to fulfill the order.
Close
Products → Consumer goods → Decorative items → Cult Products → Ritual and ceremonial items 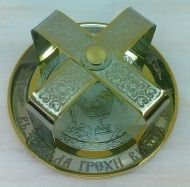 Discos and Zirconia Zvezda.
Disko (Greek "dish, plate") - a small dish on a special stand, which during the liturgy rely St.. Lamb and prosphora particles taken out by the proskomide.
In a spiritual sense, it marks both the manger, in which Jesus Christ was laid at birth, and the cave coffin, in which His body was laid after being removed from the Cross.
Zvezditsa is a liturgical object, representing two metal arcs connected by a cog in the center of intersection, so that they can be folded and move apart crosswise.
Starlet placed on a disk over St. Lamb, so that it does not touch the veil, and symbolizes the star that led Volkhov to the born Christ.
The starlet got its name because after the end of its proskomedia, moving it apart cruciformly and putting incense on it, they put it on a disk with words from the Gospel: “And having come a star, one hundred above, the Ideal of the Offering” (Matthew 2: 9).
The introduction of the star into liturgical use is unanimously attributed to St. John Chrysostom.
At the time of the Eucharistic canon, the four ends of the unfolded zvezdo made a cross with a priest exclaiming “Singing, crying, crying and verbally,” which, according to the Apocalypse (Apoc. 4: 6-9), means serving God with the highest Heavenly forces.

Send your message to this supplier

With this product often buy

With this service often order 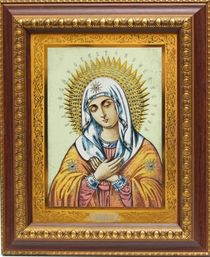 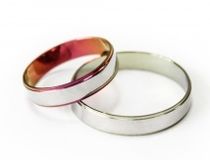 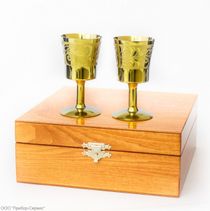 
To register a company
Write to seller

Only authorized users can write to sellers. Want to login?